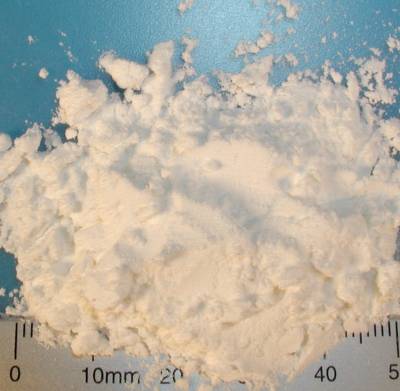 Due to its special structure, it is well absorbed by the body, which means that the carbohydrates can quickly unfold their effect, this is particularly advantageous for sports nutrition (bodybuilding). Organic waxy maize starch is not unhealthy when consumed normally and can be used in shakes instead of organic maltodextrin. These easily digestible carbohydrates are often used for workouts and training. In combination with a protein source, waxy maize starch makes an optimal post-workout drink. Protein products that are suitable as combination partners would be, for example: organic whey powder, organic egg white powder and organic almond flour. These products are characterised by a high natural protein content.

Where can I find organic native waxy maize starch?

Aqueous boiling of waxy maize starch native produces highly viscous, clear, quick pastes from a temperature of approx. 70°C, which do not thicken even after standing for a long time and do not show any skin formation.

Waxy maize starch can replace palm fat in sweet spreads - such as nut nougat. The product can then be advertised as low-fat.

Waxy maize is indistinguishable from "normal yellow maize" purely in terms of appearance. Waxy maize was specially bred from maize that originally came from Mexico. Only when you analyse the composition of the starch do you see that waxy maize starch consists of 99% amylopectin and 1% amylose (composition of yellow maize starch: 25% amylose, 75% amylopectin). Maize starch is gluten-free and lactose-free, and is ideal for baking.